Last month, my friend and I took a trip to Venice. I’ve always wanted to go to Italy but I never thought Venice would be the first Italian city I visited. I always thought I’d go to Rome or Verona.
We took our British Airways flight from Gatwick, which took about an hour and 30 minutes. It was delayed so we didn’t get to Venice until 4pm. On arrival, we immediately planned our route to our hotel. It took about an hour overall as we were told we needed to take a bus and a boat. If you struggle with sea sickness then I don’t recommend visiting Venice because boats are literally the main mode of transportation, come rain or shine. 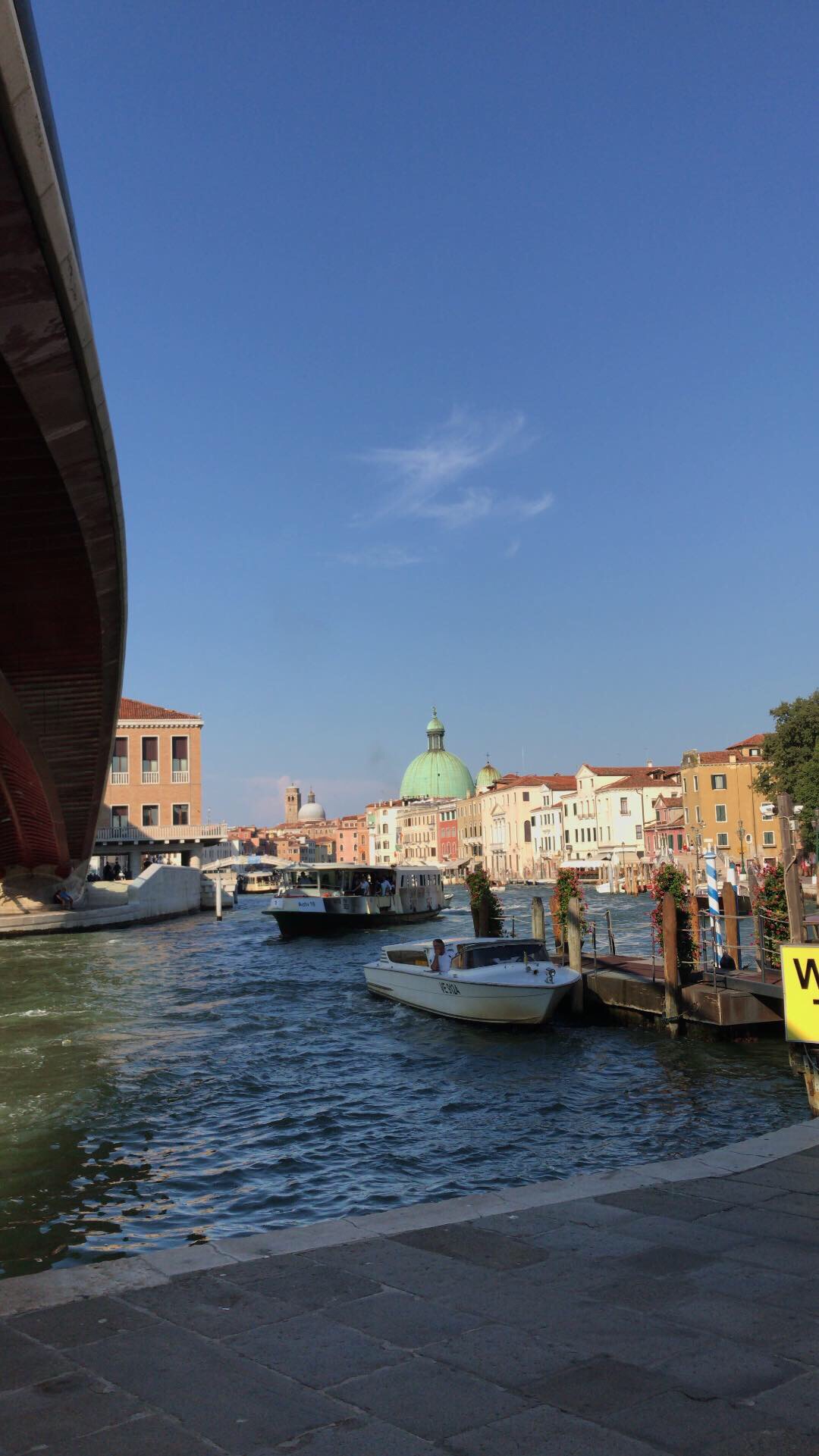 We stayed at the Hotel Ambassador Tre Rose in San Marco which is at the heart of tourist attractions in the city. It’s home to many iconic sights including the Doges Palace and St Mark’s Basilica. San Marco is such a beautiful area and there is so much to see and do. One of the things I love about Venice is that most attractions/shops etc were in one place so you could just walk to different places with ease. I would recommend taking lots of flats and not doing what I did on the first evening: thinking I could walk in heels and do it successfully (What was I thinking?). As my friend and I were walking around, looking for restaurants, we discovered very quickly that San Marco is quite pricey. Thanks to a helpful shopkeeper, we were told that all the reasonably priced places to eat are by Rialto Bridge.
As I was in so much pain (and yes I’ve learnt my lesson), we decided to stop at Al Vaporetto for dinner. The food wasn’t extraordinary but their wine was absolutely amazing. I’d never had bruschetta before so it was nice to finally try it. It’s a very tasty appetizer. One thing I noticed while dining in Italy was how expensive calamari was, and this restaurant was no exception. If you follow me on my socials, you will know how much I love calamari so that was a bit of a shame. 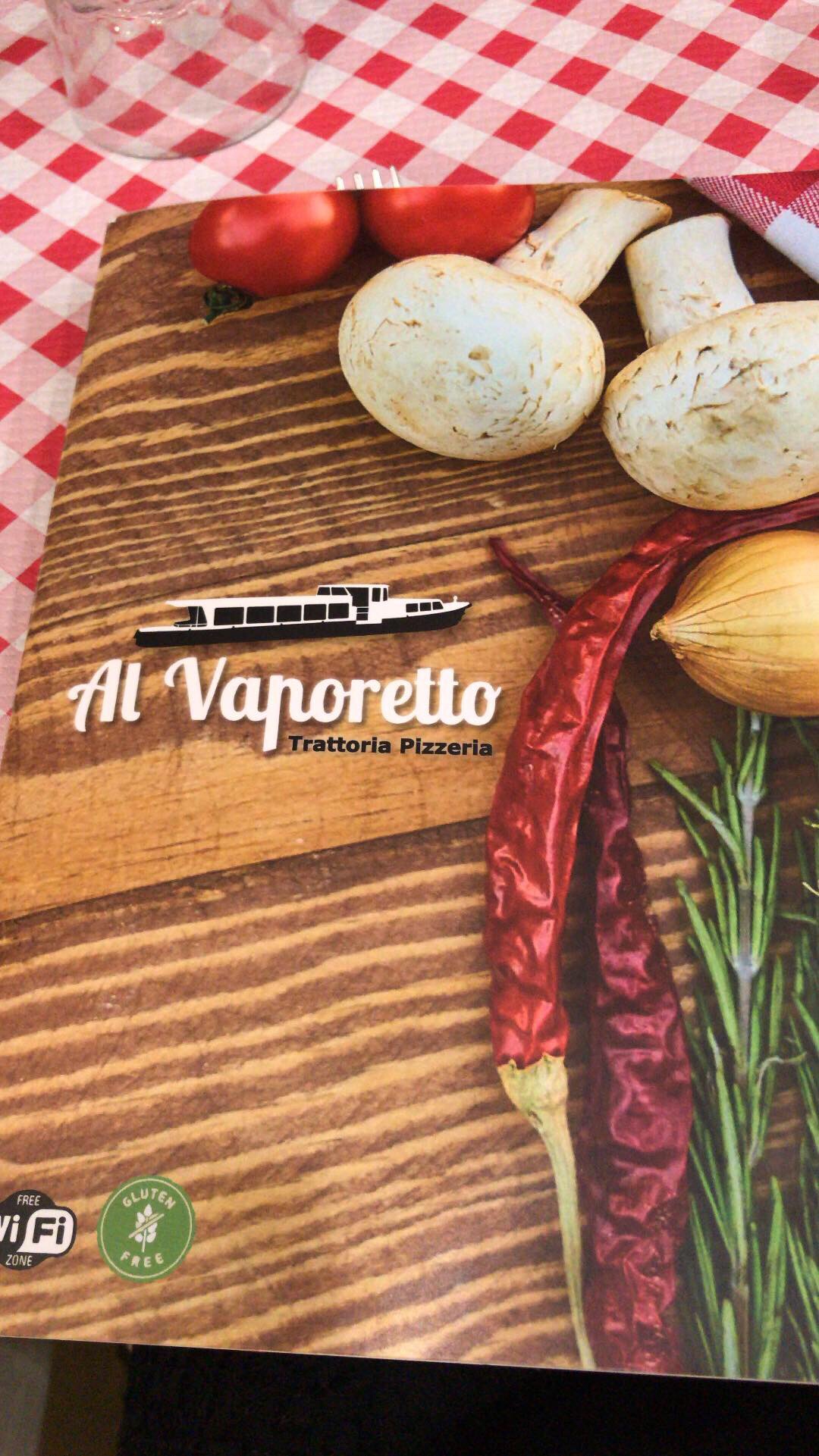 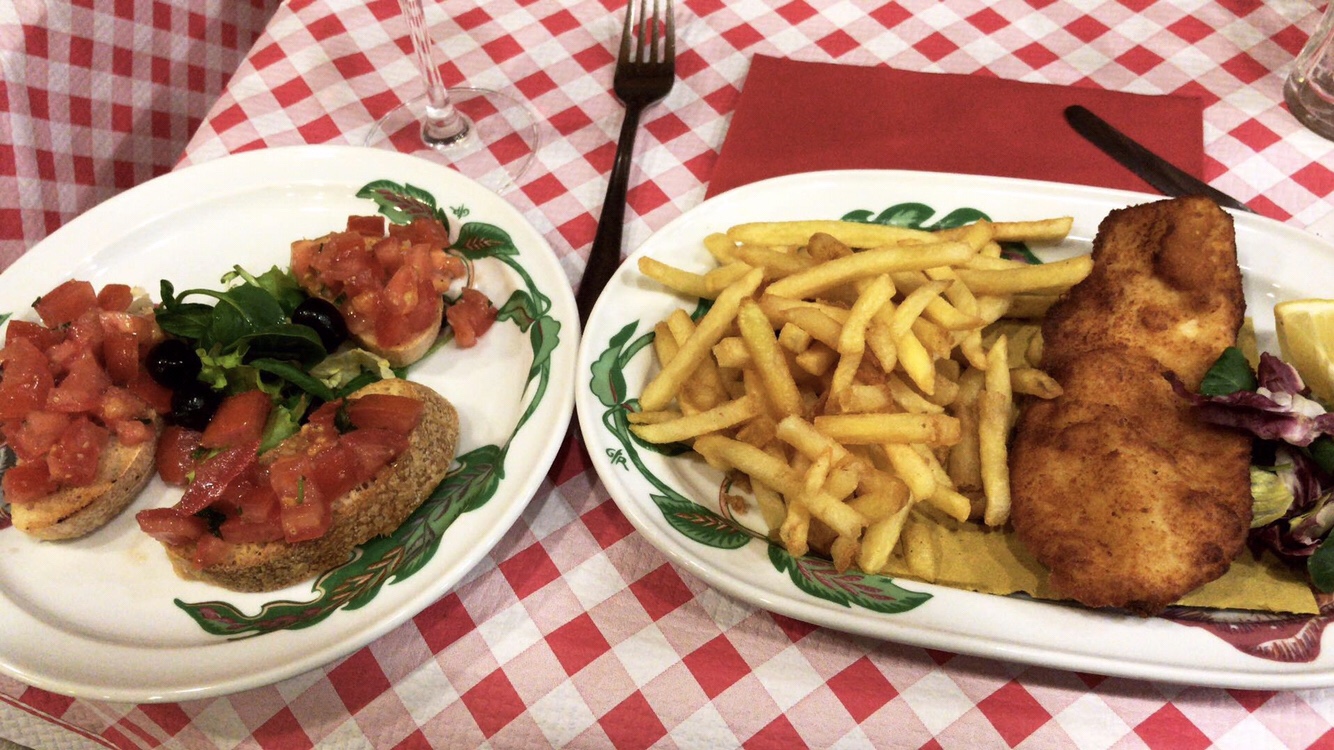 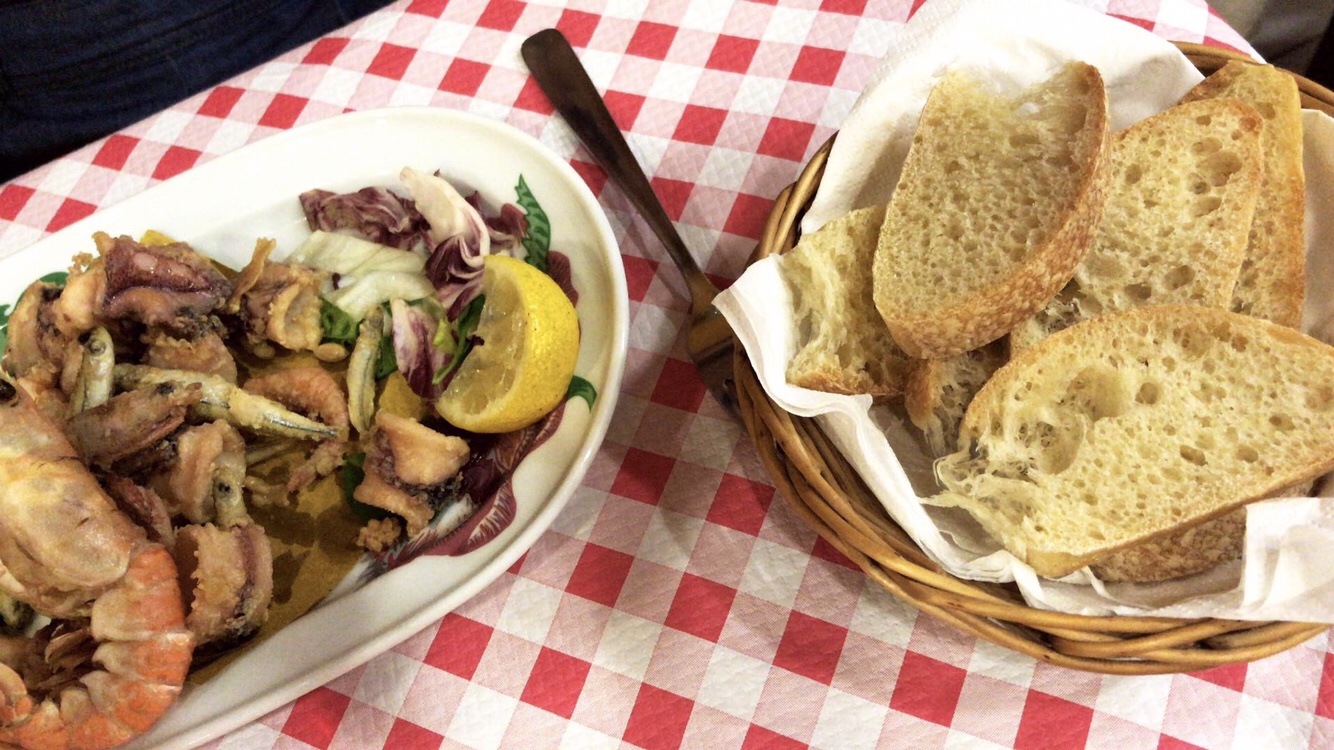 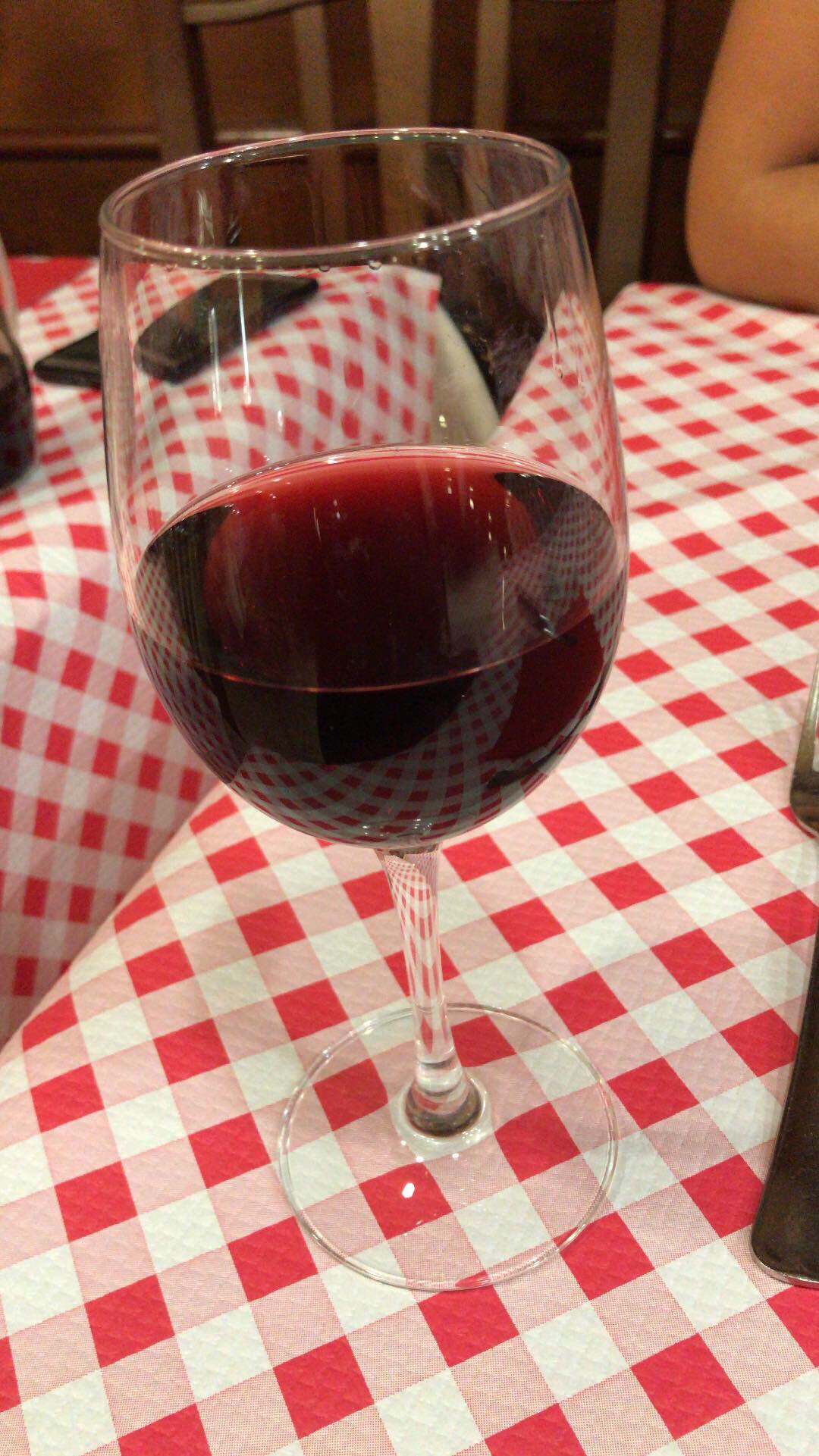 On our way back, we discovered what I think is possibly one of the best ice cream places in the world, Venchi . My favourite was the Raspberry Sorbet. It tasted divine. They also sell chocolate too. 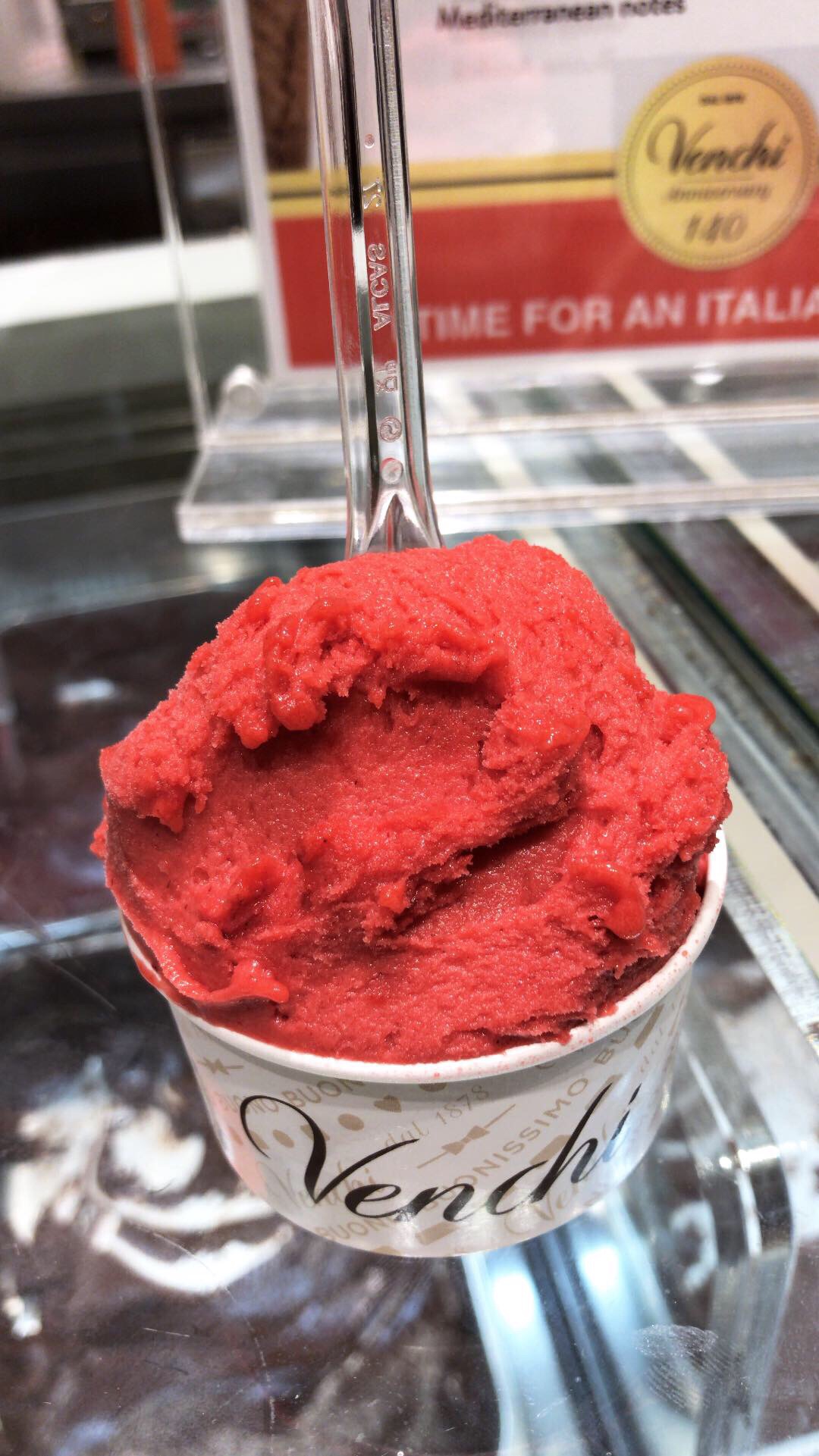 The next day, we decided to tour the local area. Our first stop was Ponte di Rialto (Rialto Bridge). Rialto Bridge is definitely one of the most popular tourist attractions. I’ve visited a few cities in the past year or so and I don’t think I have ever seen people take such interest in one place. If you want to see the Rialto Bridge, I would recommend going between 6-7pm. It’s worth it because you get to see such a gorgeous view of Venice.
Venetians are very talented artists. There were so many lovely stalls and I couldn’t help but admire all the portraits. 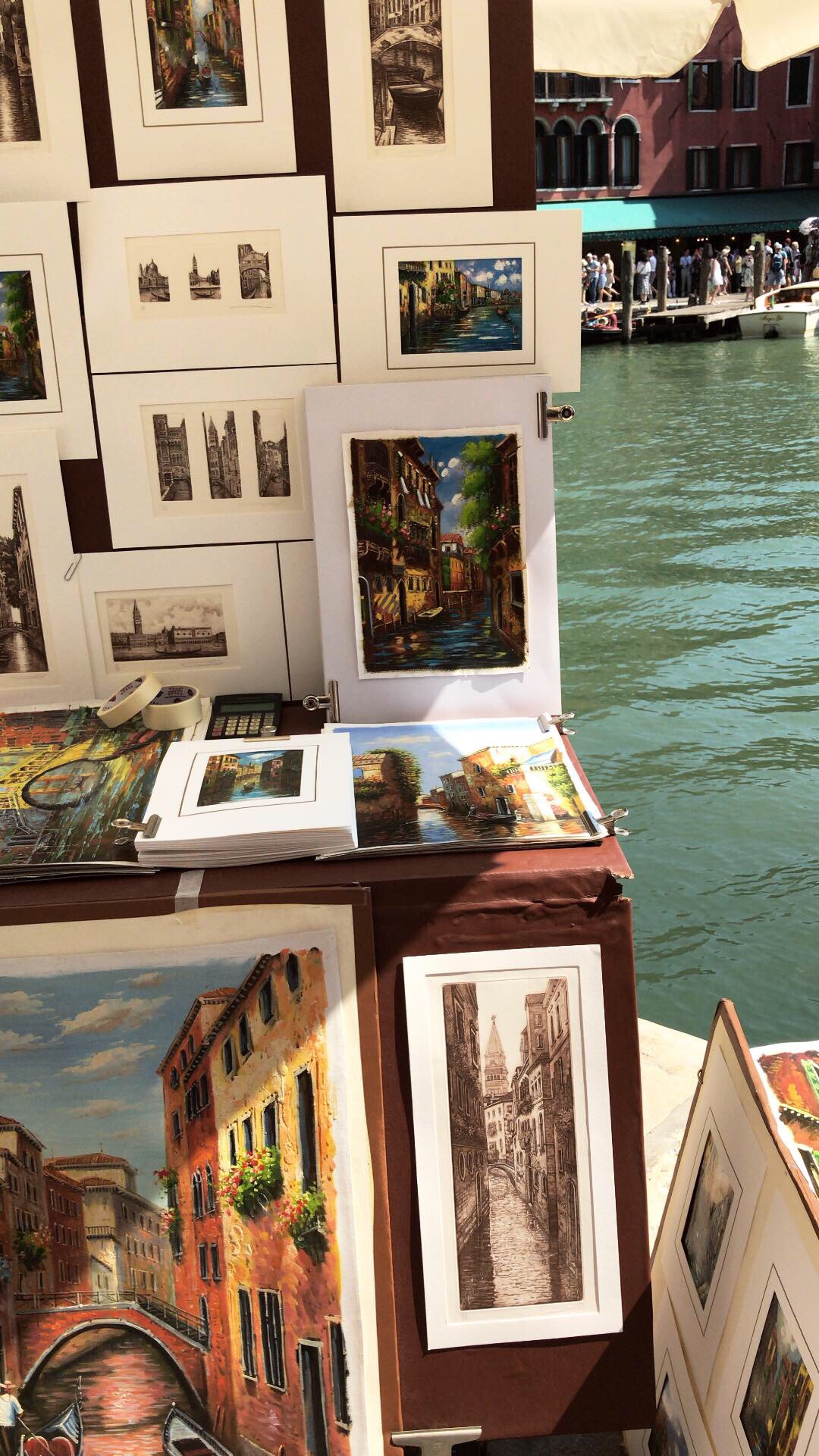 Later, we had lunch at a nice Chinese restaurant. It was decorated with beautiful red lamps and lots of leaves. After lunch, we went to San Giacomo di Rialto. It’s a gothic church dating back to circa 1071 CE and it has a large 15th century clock on its facade. I always visit at least one church when I’m on holiday. I’m always fascinated by the decor and the history of churches in other countries. 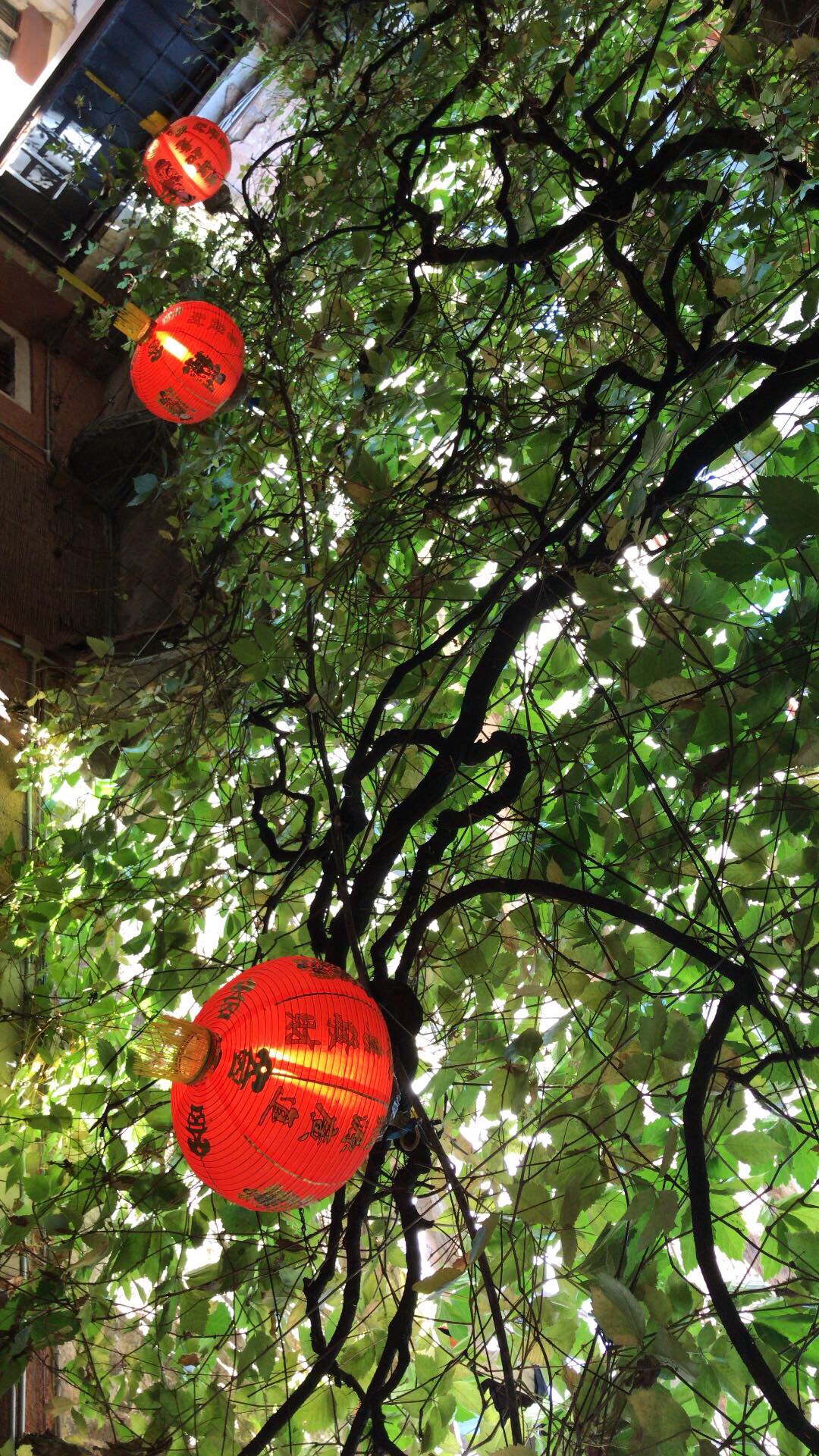 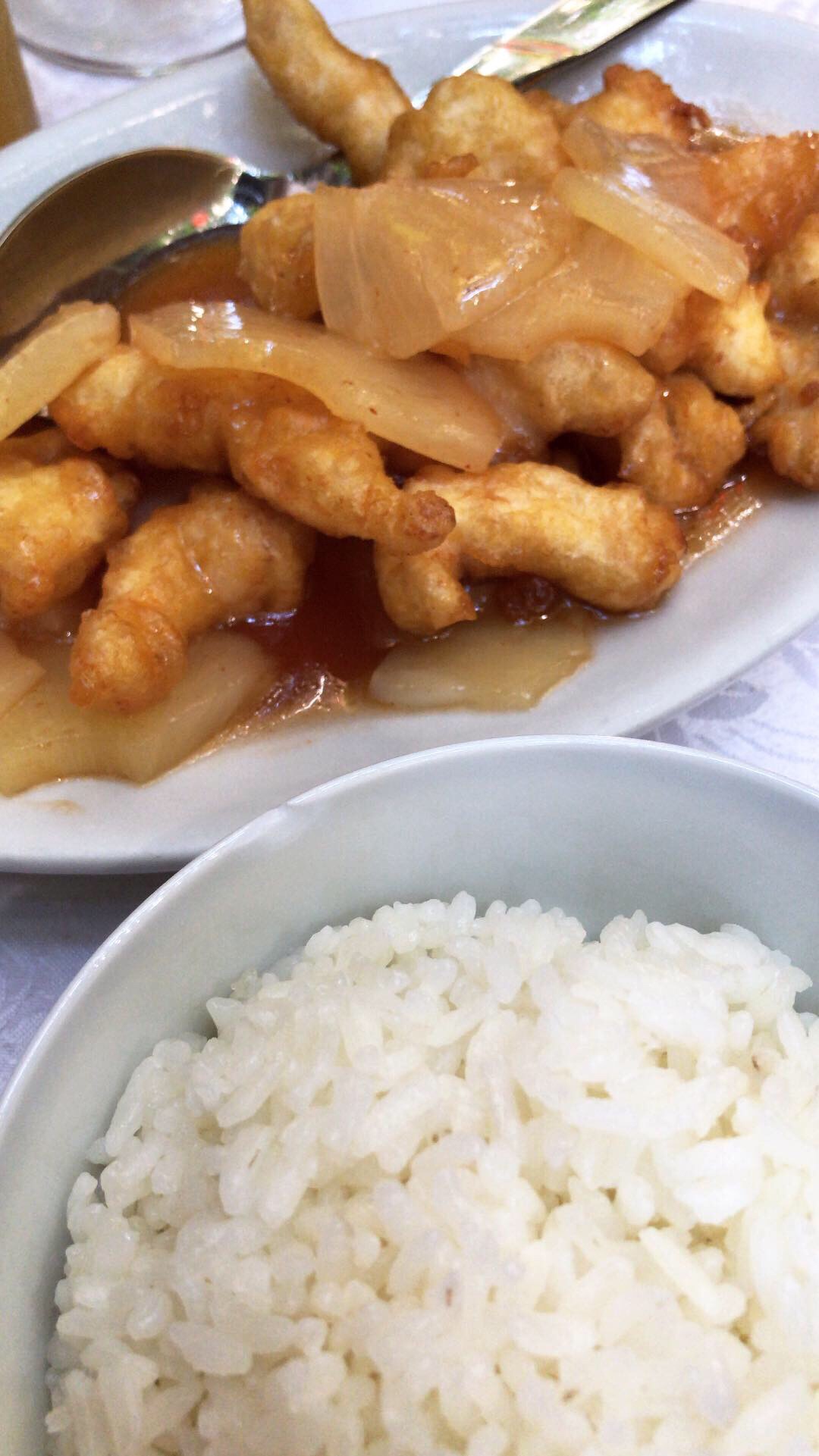 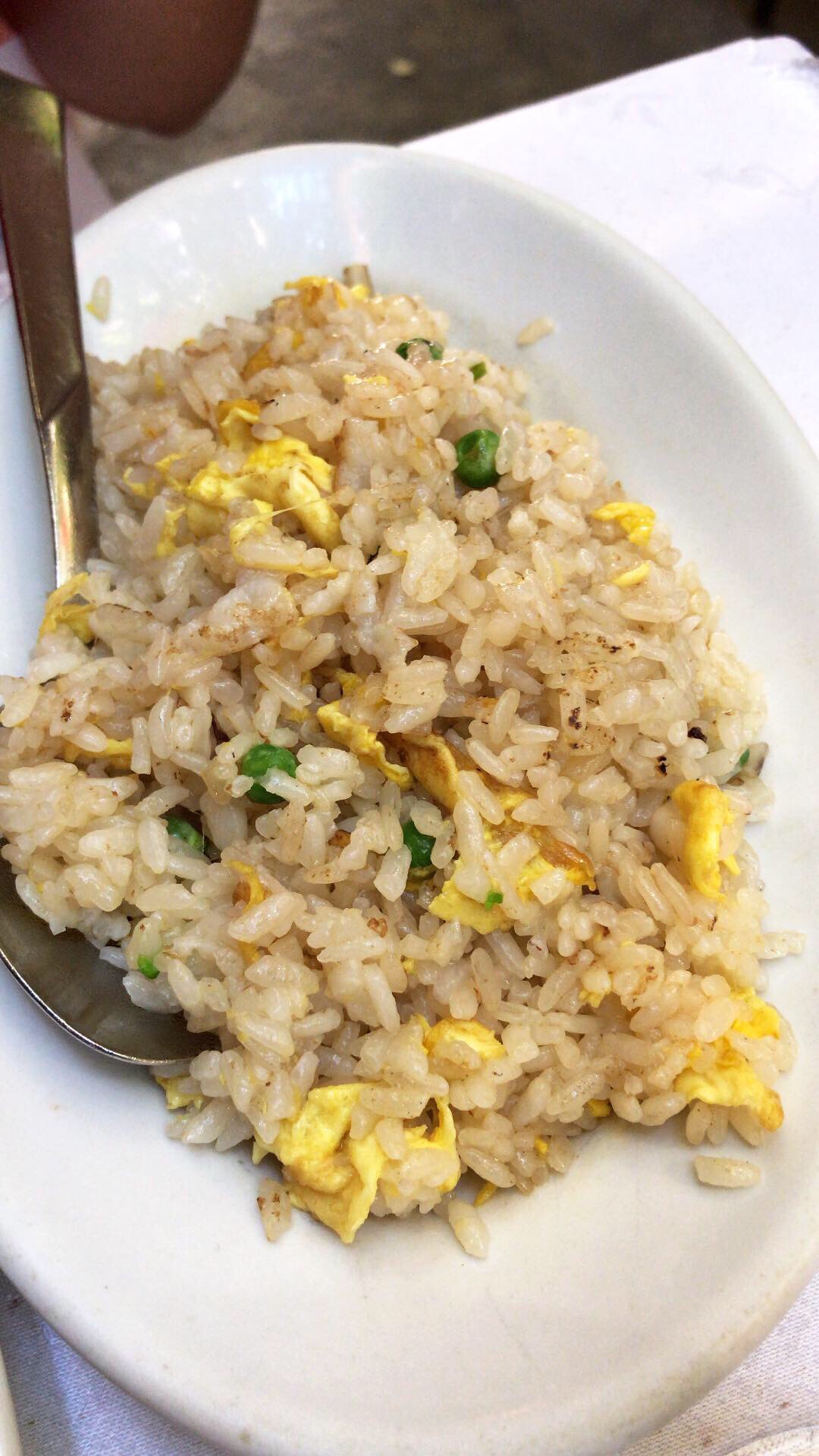 There are so many fresh juice stalls selling juice for 2 euros. It was very hot in Venice, so dehydration isn’t an option. By day two of our trip, temperatures had reached 35 degrees.
On Day 3, we decided to tour the surrounding islands. In the morning, we spent some time in Piazza San Marco, browsing local shops and grabbing a quick bite to eat before we had to go and catch our boat. Our tour guide was lovely and well informed, which always helps. We visited three different islands: Burano, Torcello and Murano. In Murano, we had the chance to see an artisan at work at a glass making factory. He created two beautiful objects. There was also a store on the top floor of the factory where we were able to see more beautiful creations. Phones were banned so I have no pictures or videos from the shop unfortunately.
After that, we got on the boat and headed towards Torcello. Torcello is a beautiful island. There doesn’t appear to be a lot of residents. We had about 30 minutes to spend there so we walked by the canal and visited some old buildings which was really nice. Almost every building in Venice has such a rich history so you’ll definitely learn a thing or two about your surroundings.

On Day 4, we decided to spend some more time in the area surrounding the Rialto Bridge. We went to stalls, got some souvenirs and treats and we had such a great time. One thing I wish we had done was gone to different areas in Venice but San Marco was THE place to be in because everything was there. It wasn’t until we were on our way to the airport that we discovered there was a Sephora in the city. I’m glad we discovered this at the end because I did some serious damage to my bank account when I went to the one in Paris.

Overall, I think that Venice is a lovely city to visit if you fancy a short break. The weather is good and there is so much to see and experience. I wouldn’t recommend travelling to Venice alone because finding your way around can be challenging and it’s not as commercial as other European cities such as Paris or Amsterdam.
One thing I wasn’t happy about was how some Venetians received women of colour. As I mentioned earlier in the post, it was 30+ degrees for the duration of our stay. Within hours, my complexion started to change and this actually bothered me for a moment in time as people were constantly giving my friend and I very strange (and sometimes dirty) looks. I actually thought my friend wouldn’t get as much looks as I did because she is mixed race but that wasn’t the case. As black women in Venice, we were either looked down on or fetishized and it was quite appaling. I’m sharing this with you all because I owe it to myself and my readers to be honest. A few incidents did threaten the enjoyment of our stay but I would consider travelling to another Italian city again.
Have you ever been to Venice? Have you been to another Italian city? What did you like? What were your favourite sights? I love to hear from you all so don’t hesitate to leave a comment below.
Thanks for reading this post. I’m still getting used to creating travel content hence the excessive detail but I hope you enjoyed reading. Please don’t forget to like and subscribe.
Kel xo

How To Have The Perfect Cosy Night In

Things Not To Say To Single People

How To Have The Perfect Cosy Night In